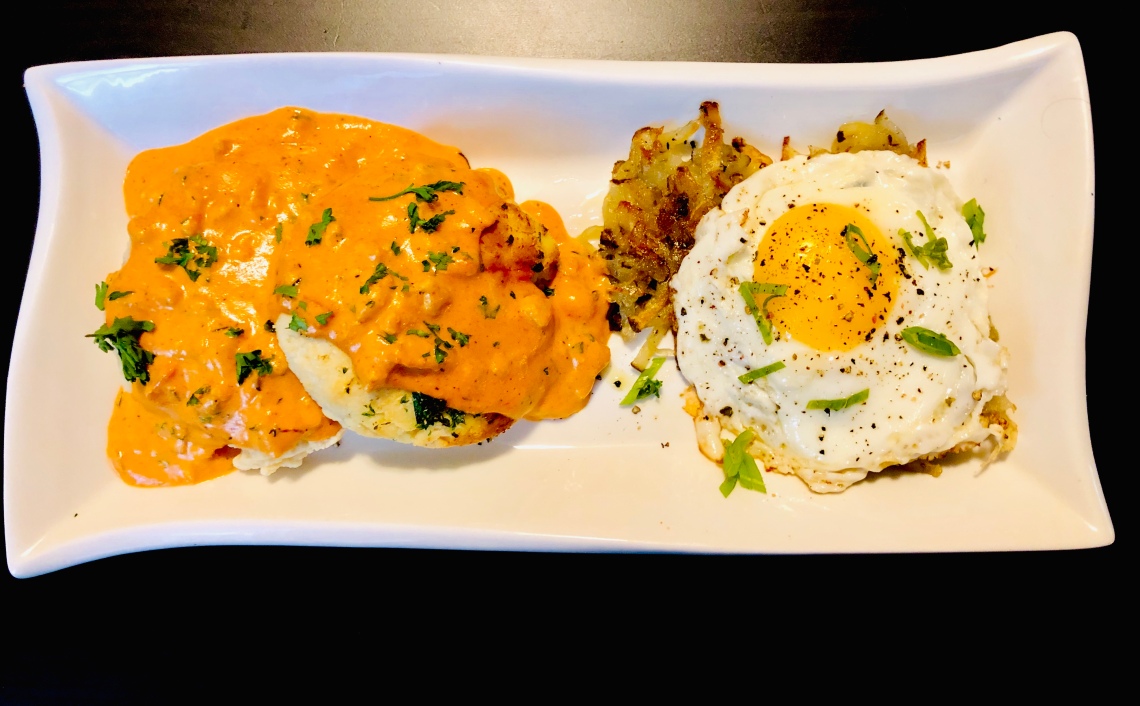 So, right off the bat, I have something I need to tell you guys. Well, two things:
1.I hate ‘The Rescuers’
2.(And honestly, way more important in this context) I love biscuits.

I swear this is all related.
Biscuits are my absolute favorite carb. If I could magically figure out a way to make them lower in calories, I would eat them every day. But I’ve really struggled over the years with making a perfect biscuit. There’s so many different methods to making a great biscuit, and believe me, I’ve tried at least 93% of them. Do you freeze the butter? Do you knead the dough and then cut, or just drop them? Do you brush them with butter? Cream? I’ve made many biscuits over the years and I’m never really happy with any of them.
Except…that’s not entirely true, I guess.
My very first kitchen job, before I had even begun culinary school, was at a tiny little hole-in-the-wall restaurant that rhymes with ‘Smack her, Carol’.

For close to six months, I worked in this establishment, and my primary job was making the biscuits that go to every table. In the intervening years, I have tried to create a biscuit as good, and I just haven’t managed. So finally, tail between my legs, I crawled back to the first biscuit recipe I ever used, saved in my memory bank alongside other useless things like the entire libretto to ‘Phantom’ or the look-up numbers for produce from my stint as a grocery clerk.
And it’s still pretty good.
So why have I spent the last 4 paragraphs talking about biscuits?

Because we have arrived at one of the two Disney movies set in the American South. ‘The Rescuers’ is a somewhat forgotten film released in the 70s, when things looked kind of grim for Disney animation. It follows the tale of Bernard and Miss Bianca as they save a kidnapped girl from something and there’s a stuffed animal and a diamond and a lady who needs better support garments.

This isn’t a film review, though.
I struggled with this recipe concept for months, going in mental circles around how I could incorporate something Hungarian ( the nationality of Miss Bianca and her voice actor, Eva Gabor) but keep it based in Southern Cuisine, as a nod to the bayou where the movie takes place. It wasn’t until I struck on the idea of using ground chicken that my brain really opened up to what I could do.
Like a biscuit!

But that part is just straight-up basic. The gravy that I ladled over the top is what makes this unique and appropriately themed. It is a frankengravy-a cross between Chicken Paprikash and classic Sausage Country Gravy. The results are a thick, rich gravy full of peppery sweetness and lots of spice that wakes up the palate and is scrape-the-plate satisfying. It only took about an hour to put together too! I added some hashbrowns and a sunny-side up egg to round out the plate.

Now, flour up those countertops and let’s get baking!

6 cups self-rising flour
2 cups buttermilk
1 cup shortening
Preheat the oven to 425 degrees. Cut shortening into the flour until it is in pea-sized pieces. Add in the buttermilk and mix just until a dough forms. Move the dough to a floured countertop and roll it out to a one-inch thickness. Using a biscuit cutter or pizza cutter, cut out biscuits. Place the biscuits next to each other on a greased baking sheet and place in the preheated oven. Bake for 10-12 minutes or until biscuits are raised and slightly browned on top.

Mix together and brush over the top of hot biscuits right out of the oven. Allow to cool for a couple minutes before splitting and covering with hot paprikash country gravy. 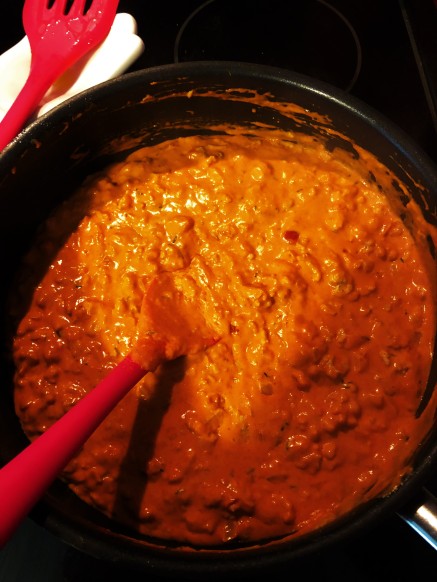 Place the onions, garlic, and vegetable oil in a high-sided saute pan and cook on medium heat until they are soft and translucent. Add in the ground chicken and continue to cook until the chicken is browned. Sprinkle in the flour and stir until it is incorporated and the mixture makes a thickened paste. Whisk in the milk and heavy cream, as well as the tomato paste and the roasted red peppers. Add the chicken base and paprika and cook everything on medium low until the gravy is thickened and bubbly. Whisk in the sour cream, salt and pepper. Add in fresh parsley and hot sauce if desired. Serve warm over biscuits.

This recipe was simple, fast and delicious.  I was not quite prepared for how much I enjoyed the combination of flavors it offered, with its thick tomato-ey gravy over the buttery biscuit (did I mention I enjoy a nice biscuit?)  It’s subtly sweet and subtly spicy, and all-in-all very satisfying.

I hope you enjoy making it, even if it’s not quite fancy enough for Miss Bianca.